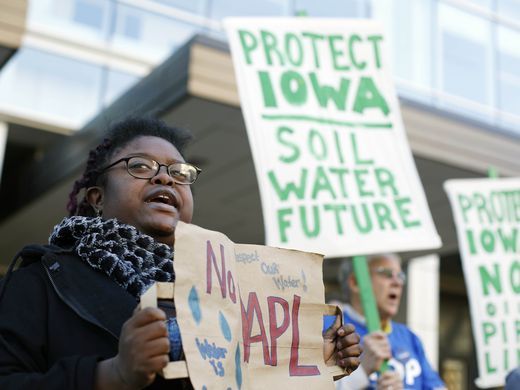 Berkeley, June 6–This Spring, thousands of women from around the world arrived in New York City for the 62nd session of the United Nations’ Commission on the Status of Women. Women gathered to discuss the challenges and opportunities in achieving gender equality and building power among rural women and girls.

I was honored, especially now, to be a part of these global conversations — many of which focused on the liberation of rural women and our communities. Because who is entitled to speak on behalf of and represent rural interests is critically important.

In the United States, we are bombarded with think pieces, books, and media coverage of rural America.  However, rarely is the most widely-disseminated coverage written by rural people or people with accountability to rural movements.

Thus, rarely are the depictions of our communities grounded in reality. From titles like Rural Kansas is Dying, I Drove 1800 Miles to Find out Why to The Left Behind: Decline and Rage in Rural America – if depictions such as these were the whole story, one would think our communities are wastelands, communities of color do not exist, our resistance and constructions of alternatives are nonexistent, and the position we are in is all our fault. But we know this is not the case.

Rural America is struggling – I am not denying that fact.

From a higher poverty rate (16.9% in nonmetro areas compared to 13.6% in metro areas), disproportionate exposure to toxic pesticides among rural children and associated discrepancies in childhood health implications, to high rates of hunger and malnutrition (86% of counties with the highest rates of child food insecurity are rural); we have our work cut out for us.

And like elsewhere in the US, women – and in particular women of Color, bear the burden of social, political, and economic burdens in rural America.

US women farm operators earn 61 cents to the dollar made by men when controlling for farm assets, work time, age, experience, farm type, and location. Women’s earnings are lower than men’s in all sectors, but at nearly 40 percent, the agricultural wage gap is among the worst of any profession (though data regrettably was not analyzed by race in this study, we can assume that the wage gap is racialized among women farm operators as it is in labor overall; Latina women earn 37% less than men, Black women earn 30% less than men, and white women earn 16% less than men).

In many ways, my home, Iowa – is a sacrifice zone for global capitalism. Our agricultural economy was built on slavery and dispossession from the start. Iowa State University, our agricultural land grant, sits on land acquired via the Black Hawk “Purchase” in 1883, whereby Sauk and Meskwaki people were forcibly removed following the Black Hawk War. Today, the extraction continues as soil washes away at the rate of 20 tons of soil per acre each year, and nitrate loading pollutes drinking water.

Extractive economies have hit rural America; wealth is extracted from our land and communities and funneled to transnational corporations. And just like many communities, the implications are real, they’re hard, and poor people, people of color, and women shoulder these burdens most.

But we’re resisting. Like communities across the United States, we have long histories of resistance and transformative work for a brighter future. Rural women play a critical in role in agriculture and rural community-building, and our panel Women, Agriculture, and the vital (R)Evolution of US Farming explored how several of us are building a more just future.

The panel was organized by the Women’s International League for Peace and Freedom and was co-sponsored by Food First and the Women, Food and Agriculture Network. The panel also included representation from Pesticide Action Network, the US Food Sovereignty Alliance, and El Comite de Apoyo a Los Trabajadores Agricolas (CATA).

Not once did I hear rural communities described as dying – because we were describing our communities ourselves. Instead, Mary Hanson Harrison described the beauty of Iowa landscapes, and how her rural upbringing and grounding informs her local and global organizing for peace today.

I listened to Kathia Ramirez describe the incredible work of El Comite de Apoyo a Los Trabajadores Agricolas, and how workers are building local worker committees within centers of work and community in southern New Jersey in order to struggle for better working and living conditions. I heard Patti Naylor discuss how farmers are calling for fair prices for their products that reflect the costs of production.

Overall, I heard resilience. I heard hope. And I heard hard work – the kind of hard work a more just future requires. After all, those profiting from our natural resources and exploiting our labor won’t just give up the benefits they receive from this system. So we’re changing the system itself.

The perspectives shared on this panel were in stark contrast to the rhetoric regarding rural communities I hear in my home-away-from home, Berkeley, California. I’m from rural southern Iowa, but I have lived in the Bay Area for a couple of years. Countless colleagues, friends, and movement comrades have said “I’m sorry” in response to my acknowledgement of home – as if rurality was something to be ashamed of. The sorries have intensified in frequency as the Trump administration wears on.

I’m often viewed as an anomaly – as if my radical politics are somehow separate and apart from my rural Iowa upbringing. I’m considered “one of the good ones,” as if I haven’t learned from and been mentored by countless radical rural Iowans. I am who I am because of where I am from, and my politics have developed because of my experience of home. I am not an exception to rurality.

I believe it is no coincidence that those saying “sorry” tend to be white, well-educated, and progressive. By distancing themselves from the particularly loud brand of white supremacy associated with the Trump Presidency and what the media has called “Trump’s America,” white, well-educated progressives are able to pretend white supremacy lives elsewhere – and that the state of America is a result of someone else, somewhere else, absolving oneself of responsibility.

We know, however, that the most likely indicator of voting for Trump was whiteness, not rurality, and we all know white people live in Berkeley and rural Iowa. From the racist verbal attack on a Spanish-speaking woman at a Manhattan restaurant by the white George Washington Law School-educated New York lawyer to the white Stanford doctoral graduate calling the cops on Black neighbors barbecuing at Lake Merritt in Oakland – white supremacy is everywhere.

If you think racism is just a rural problem, or just a poor people problem, or just a lack of formal education problem – you are disproportionately benefiting from our white supremacist political and economic systems, as evidenced by your ability to pretend white supremacy does not exist in the very institutions that have hoarded land, wealth, and power, and then disproportionately distributed these benefits to you.

Though UN conferences, media outlets, and institutions of power more broadly are fraught with contradictions, the dissemination of rural interests as represented by people from and with accountability to rural communities is critical. Not only is rural representation in broader movement discourse critical to the success of rural movements, it’s necessary for the success of our broader movements for justice.

Building a new future is hard. We’re talking about dismantling and rebuilding our entire political and economic infrastructure. We need support for and solidarity with those on the frontlines of exploitation, rural and urban, and we need solutions crafted by those already surviving the differential impacts of these systems – because they know these systems best.

While many educated white people continue to shirk responsibility by blaming someone else, somewhere else for the failings of our political and economic system, our movements suffer. While many thought leaders with platforms ranging from powerful publishing houses to leftist blogs pontificate about the downfall of rural America, many rural Americans are fighting the exploitation rampant in our communities, while building solidarity across geographies and movements for a more just future.

There’s much work to be done – and we’re doing it.

To my white Bay Area colleagues who have said I’m sorry in response to my rurality – don’t be sorry. Be gracious. You have a lot to learn from us.

This piece was originally published on the Food First blog. Photo by Michael Zamora of the Des Moines Register: Mariah Robinson of Des Moines chanting with other activists, November 2016, against the Dakota Access pipeline outside the Neal Smith Federal Building in Des Moines.

Ahna Kruzic is Communications Director for Pesticide Action Network North America. She holds a Master of Science in sustainable agriculture and sociology from Iowa State University, and has worked as community organizer, researcher, coalition-builder, publisher, and communicator. Ahna’s areas of interest include farm and rural justice, the intersections of gender and capitalist agricultural production, and the dismantling of white supremacy in food movement spaces.

The ideas and opinions posted here are the author’s and not necessarily that of ARERC as an organization.

This work is licensed under a Creative Commons Attribution-ShareAlike 4.0 International License.